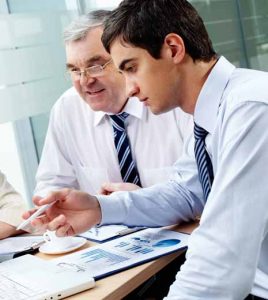 The SECURE Act, which stands for “Setting Every Community Up for Retirement Enhancement” Act, was signed into law at the end of 2019. The Act takes small but impactful steps towards addressing the country’s retirement crisis by incentivizing small business owners to sponsor retirement plans for their employees. It has also provided an excellent window of opportunity for practitioners to reach out to their small business clients in light of the new legislation. Below are four significant upgrades made by the Act that you should consider sharing with your business owner clients.

Historically, the cost, administration, and liability of running a sponsored retirement plan had been difficult for smaller companies to manage. Multiple-Employer Plans (MEPs) are appealing because they can reduce this burden, but many businesses had not been able to join due to the “common interest” requirement. Starting in 2021, this prerequisite will be removed and unrelated companies will be permitted to band together and run MEPs through a pooled plan administrator. The Act also overturns the “One Bad Apple” rule. Previously, this rule dictated that a violation by one MEP participant meant that  the entire pool was disqualified, which made employers uneasy about joining a MEP. As a further boost, small business owners will see a substantial hike from the previous $500 tax credit offered to defray retirement package start-up costs. This has been increased to $5000 a year for the next three tax years.

Automatic enrollment is a great way to increase participation by encouraging employees to start—and continue—saving. Knowing this, lawmakers are trying to encourage employers in that direction. An employee’s auto-enrollment contribution rate for certain plans used to be capped at 10% but has now increased to 15% after an employee’s first year. By waiting until the employee’s second year for the increase, the SECURE Act is expected to reduce the number of individuals who drop out of plans due to high initial contribution amounts. The legislation also introduced a new tax credit (up to $500 a year for three years) for employers who launch new 401k and SIMPLE IRA plans with automatic enrollment.

Many small businesses are staffed by part-time personnel, who up until now had been largely excluded from participating in their employer’s retirement benefits. Previously, these employees were required to log 1000 hours per year in order to qualify for their company’s sponsored retirement plan. Beginning in 2021, a part-time worker will be allowed to participate, provided they have worked 500 hours annually for three consecutive years. Although it can seem like an additional cost to add more individuals to a retirement plan, the law does not require an employer to offer the same 401(k) benefits to a part-time employee as it would to a full-time worker. For example, an owner can choose to make matching contributions for its full-time employees, but not offer the same to its part-time staff.

Even though this topic has been widely debated, some advisors find annuities to be helpful investment tools for retirement since they can provide a consistent stream of income at a future date. However, annuities have largely been left out of company-sponsored retirement packages due to the potential legal liability an employer could face in the future. Under prior law, an employer remained liable if an insurer didn’t follow through with making guaranteed payments to the employee—leaving them open to a future lawsuit. The Act now shifts this liability back to the insurance company (provided that the employer selects an annuity provider that meets several requirements), making it a friendlier option for an owner to include in a benefits plan.

The Act has provided some valuable talking points for attorneys and their small business clients. Employers who may have been considering sponsoring a retirement plan, or were hesitant to even look into it in the past, may be encouraged by the introduction of these incentives.

For more information, please contact us at dan@kehrbusinesslaw.com or visit us at www.KehrBusinessLaw.com. 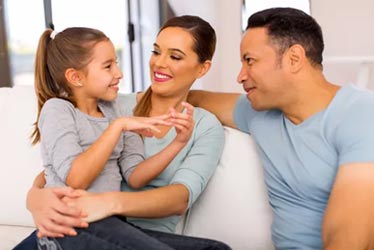 Generational differences play a big part in the construction of estate planning strategies, as well as how attorneys should communicate the importance of those strategies to potential clients. In regard to younger generations, much has already been said about Millennials. But, quietly emerging into the marketplace is another demographic—Generation Z. If estate planners are going to continue to evolve their practices in terms of marketing their services to potential clients, then learning about this generation is key.

Who is Generation Z?

Generation Z, also known as Gen Z, iGen, and Centennials, were born between 1996 and 2010, with the eldest already graduating from college. As a group, they are technologically tuned-in, socially aware and self-assured.

Seeing their parents’ net worth decreased by 45%, the Great Recession has had a significant impact on Gen Zers’ views of finances. Coupled with watching their older Millennial siblings trying to cope with student debt problems, one in five Gen Zers say debt should be avoided at all costs.

A recent study, conducted in 2016 by The Center for Generational Kinetics, gives us additional insight into who Gen Zers are:

Extreme Techies. As the most tech-savvy generation to date, many Gen Zers learned how to use a smartphone before learning to speak full sentences. With 52% of Gen Zers turning to YouTube and social media for research assignments and 33% watching lessons online, Gen Zers have used technology to become adept researchers who know how to self-educate.

Mature and pragmatic. Growing up during economically and politically turbulent times, these teens and young adults are already financially pragmatic. In fact, 12% are currently setting aside savings for retirement! In regard to how they will fund their retirement: 52% plan on using personal savings, 28% will continue to work after retirement, and 26% believe they will receive government assistance. Gen Zers also have strong opinions on debt with 29% saying they will only take out loans or credit cards for a few select items and 23% believing that debt of any kind should be avoided at all costs.

Entrepreneurial. With modern day resources at their fingertips, Gen Zers are primed to be the most entrepreneurial generation yet, with more than 72% hoping to own their own business someday and 60% hoping to turn their hobbies into full-time jobs.

Compassionate. Gen Zers are becoming passionate humanitarians and environmentalists. Already, 36% of Gen Zers are currently volunteering with local nonprofits and 76% are concerned how human activity is negatively impacting the planet.

Embrace legal technology. The days of in-person meetings and “I’ll have that to you in three business days” is over. If you want to communicate and interact with Gen Zers, then you’ll have to take your practice online. Consider offering virtual consultations, educate them with bite-sized blog posts, and implement legal technology that will streamline your drafting process.

Offer business planning services. If Gen Zers follow their hearts, then many may be starting their own businesses in just a few short years. Consider expanding your legal services to include business planning.

Ramp up your referral network. With most Gen Zers getting financial advice from their parents, and 48% saying they consult a family member or friend before they make a purchase, it’s clear that estate planners will need to target potential Gen Z clients through their parents, friends and other professionals.